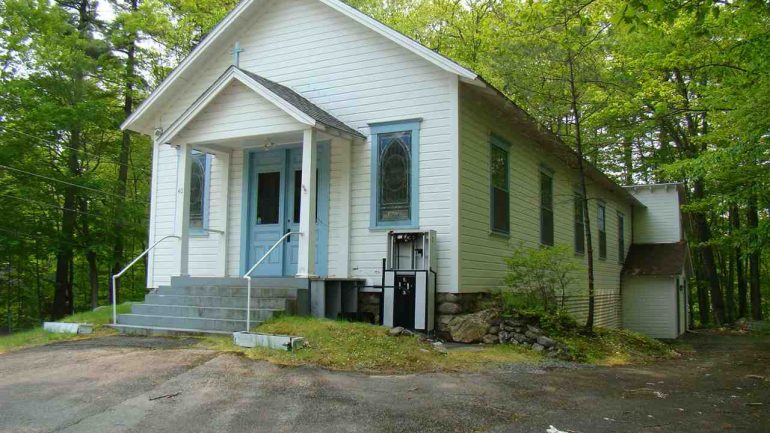 One of the biggest productions ever set at the Little Church theater was the award-winning play “On Golden Pond” by Ernest Thompson. This was Thompson’s first time to direct his own material which has won him the Best Writing Screenplay award at the 1982 Academy Awards. The movie also gave Henry Fonda and Katharine Hepburn the Best Actor and Best Actress Awards for their performances.

On Golden Pond was first produced on Broadway in 1979 and Thompson’s work has become an American theatrical classic, translated into 28 languages, and produced in more than 40 countries. It has been turned into a play, a movie, a tv play, and a musical version. In the summer of 2011, Thompson, a resident of Squam Lake, staged what he called “the definitive production’’ of On Golden Pond at the tiny Little Church Theater. It was the first time that Thompson directed his own play with professional actors in a theatrical setting. Not that he was displeased with other presentations of it, but Thompson said every playwright long to put their own spin on their own play, “After a while, on balance, it seemed ridiculous for me not to do my own production.” For Thompson and for many residents of Holderness, the production had its run in the city where it was shot, was like a 180 degrees experience.

Other shows performed at the Little Church Theater were:

The show “Best Seat in the House: An Evening with Art Harriman and Friends” was a fundraiser show for The Little Church Theater. Art Harriman is a former altar boy at Sacred Heart chapel and believed in the theater’s goal to create a place to celebrate and express the Holderness community’s creativity, and to “dare to become their dream”. Proceeds of the event were used for cushions for the pews.

About the Little Church Theater

Located on the shores of Squam Lake, the Little Church Theater operated as a gathering abode for creativity in the performing and visual arts in Holderness. The Little Church Theater is a 501(c) 3 non-profit organization and derived its funding from donations, grants, gifts-in-kinds, and admission fees from its patrons, and is managed by a volunteer board of directors.

The Little Church Theater is currently listed on sale for $599,000.

Post written by Valerie Craig. Valerie is a contributor to The Atlantic, Benzinga, and Consumer Insurance Report.