How The Little Church Theater Originated 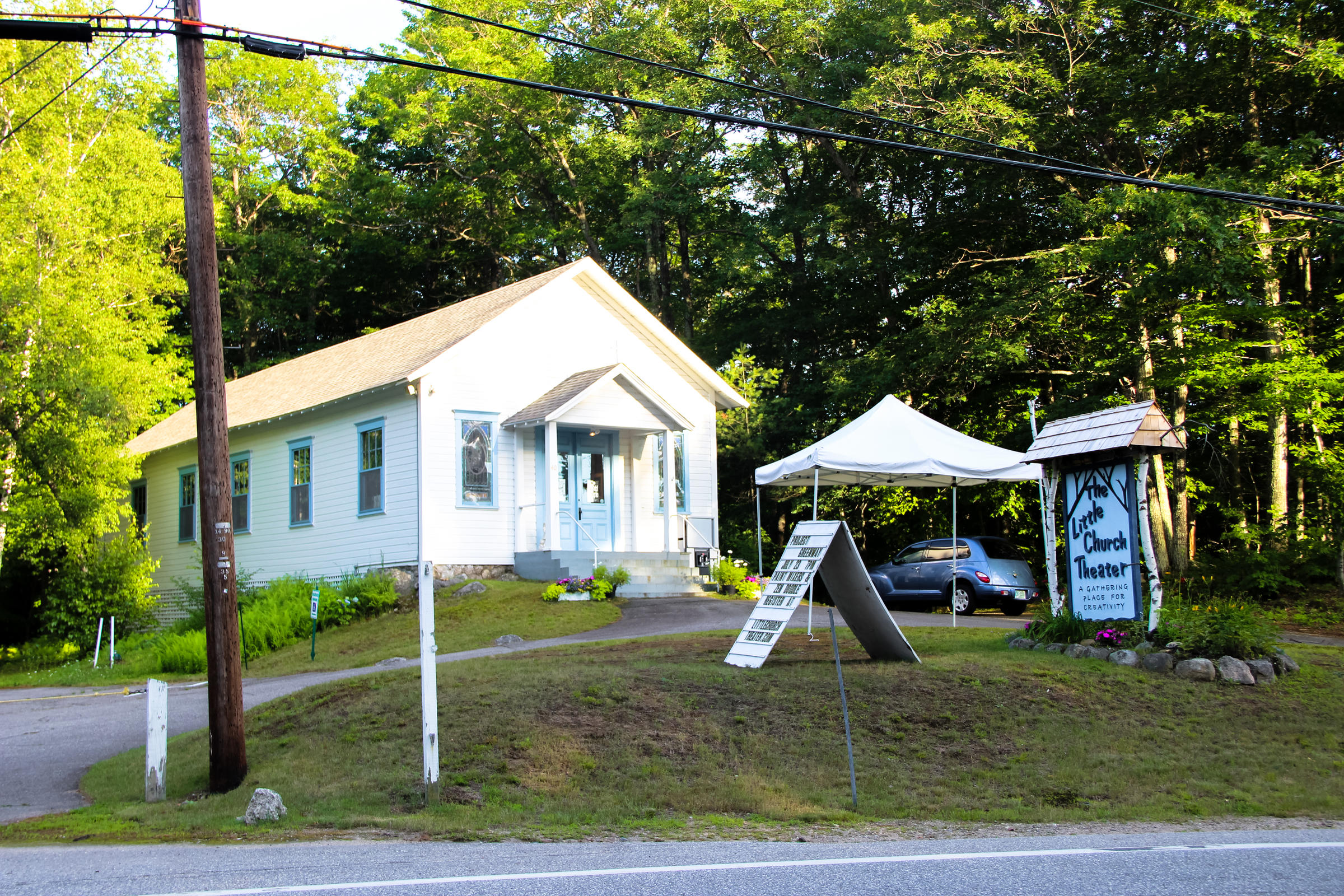 The town of Holderness in New Hampshire is situated between the shores of the Squam Lakes and the foothills of the White Mountains. Since it was discovered, the European settlers and Native Americans used the Squam Lake as a primary trade route for their merchandise.

In 1751, Benning Wentworth granted the township of New Holderness with eight hundred acres of land but the official charter from King George III is dated 1761. William Piper and his wife Susanna were the first settlers of New Holderness. In 1763, the Pipers built their cabin and thus began the actual settlement of Holderness. In an 1816 town meeting, the word “New” was dropped from the name, and all was quiet until 1868 when a dispute over “gaslights and sidewalks” literally split the community. The town was divided into two: the part of the land with thriving mills and railroad depot was now the town of Ashland, leaving the rest of Holderness to the farmers and fishermen.

By 1890, with its unspoiled beauty, Holderness drew visitors from Boston or Baltimore seeking relief from their city’s sweltering heat. With many hotels dotting the hillsides and a number of rustic fishing camps on the shores of Squam Lake, the town immediately became a cool retreat during summers.

And one family who fell in love with this little town was Austine & George Howard. The couple decided to buy the old school camp near Squam Lake in 1995. The Howards were drawn to buy the Camp Aloha Summer School in Holderness because of its rich history. Camp Aloha Summer Camp was developed by professors from Harvard and Yale in 1907 to provide boys with summer tutoring that was fit for higher education. A 1927 ad says the camp provided “tutoring for boys for school and colleges – a fine combination of work and play.” The couple repurposes the camp into their beautiful summer home.

Around the same time, the Howards noticed a dormant chapel. Austine recalled, “We would pass this little church and it was never in use. Anyway, I kept thinking what a perfect theater this would be.” The Howards, the owners of Howard Family Productions, has interests in the entertainment and music industry and was eyeing the old chapel as a venue for productions and events.

They contacted the church but never heard from them until three years later when they finally agreed on the sale. Owned by the Diocese of Manchester, the old catholic chapel was purchased in 1860 from Arthur Johnson. Called the Sacred Heart Chapel, the church played an important role in the Holderness community for almost a century.